Sasha is a fisherman. In the winter, he goes out with others for one day, on the frozen lakes and rivers. Each of them makes a hole in the ice and stays sometimes all day long, in the cold, waiting for the fish. It is both a common passion the fishermen share, leaving together for the daily adventure, and a very solitary one, they all sit apart from each other and hardly communicate.
Sasha grew up in Ivangorod, his parents were given an apartment in the highest building of the city, overlooking the river, the bridge, in a word the border. Now Sasha is in his late twenties, he works in Kreenholm textile factory, in Narva -Estonia- he walks the Russian-Estonian border daily, he goes out at night in Saint Petersburg and doesn’t speak a word of Estonian
My film is a portrait of Sasha, of his silent fishing, how he is organized to resist the cold. Through this individual portrait, his words raise the issue of Ivangorod’s particular situation: what does it mean to live right on a border? On the border between Russia and Estonia, on the very edge of Europe, a border which did not exist when Sasha was born. Sasha’s mother, Olga, told me once that she did not know where she came from anymore, where she belongs to, in between: Estonian, living in Russia, speaking only Russian or Russian living almost in Estonia, married to an Estonian man and whose children both work in Estonia. 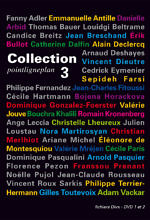